Internationally acclaimed poet and novelist Anne Michaels says she’s looking forward to celebrating Toronto’s “many voices” – as the city’s fifth poet laureate – pending council approval in early November. She will take over from George Elliott Clark – who has held  the position for the past three years. 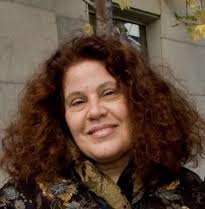 Michaels is a native of Toronto and is well known for her 1996 debut novel “Fugitive Pieces,” which was made into a film and won the Trillium Book Award, the Orange Prize for Fiction and the Guardian Fiction Prize. Her second novel, “The Winter Vault,” was a finalist for the 2009 Scotiabank Giller Prize, the Trillium Book Award and the Commonwealth Writers’ Prize.

She’s also won high praise for her poetry collections. “The Weight of Oranges” won a Commonwealth Prize and “Miner’s Pond” was a finalist for a Governor General’s Literary Award.

The new Poet Laureate’s other collections include “Correspondences,” – which saw Michaels as a finalist for last year’s Griffin Poetry Prize.