HOLLYWOOD SETS DATES TO HAND OUT THE HARDWARE

The Writers Guild, the last of the major Hollywood guilds to hand out honours, has announced it will present its awards program next February 13 at simultaneous ceremonies in Los Angeles and New York. 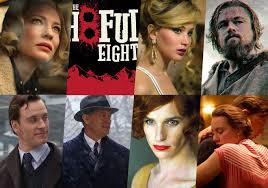 Nominations will be announced on December 3rd for television, new media, radio, news, promotional writing and graphic animation. The nominees for feature films and documentaries will be announced January 6th and for video-game writing January 11th.

The WGA is always the last of the major Hollywood guilds to hand out its awards. The Screen Actors Guild’s award program is set for January 30th, the Director’s Guild will follow suit February 6th.

The Producers Guild will most likely schedule its ceremony on January 31, although it has yet to announce the date.