ANOTHER HONOUR FOR CANADA'S ATWOOD 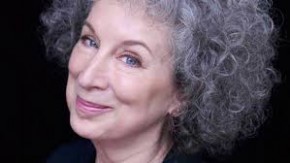 One of the world’s most celebrated writers, Canada’s Margaret Atwood, has been named a foreign honorary member of the American Academy of Arts and Letters.  The 75 year old author is best known for her dystopian novel “The Handmaid’s Tale,” and for such fiction as “Cat’s Eye” and “The Robber Bride.”  The academy is an honour society based in New York.  It was founded in 1898 with members over the years ranging from James Baldwin and William Faulkner to Leonard Bernstein and Jasper Johns.