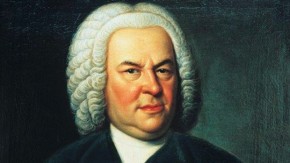 A portrait of Johann Sebastian Bach, considered one of the most important paintings in the classical music world, is being returned to his home town after a 250-year absence.  The portrait was painted in Leipzig in 1748. It shows Bach in his early sixties, dressed in formal clothing and a wig, as was customary at the time, holding a sheet of music.  The painting is a bequest from a late American philanthropist.  It was previously owned by a Jewish family who fled Nazi persecution in the 1930s.  The painting will go on display at the Leipzig Bach Museum on June 12 when the city begins a festival celebrating the composer’s music.