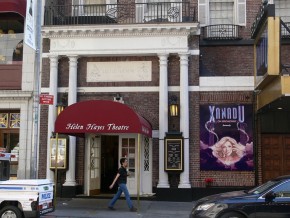 After an eight year legal battle, The Helen Hayes Theatre in New York has finally been sold. The 103-year-old ‘little theatre’, which only seats 597, was purchased by the off-Broadway non-profit Second Stage Theatre. The sale, which had long been tied up in a legal dispute between the owners and Second Stage, was finalized at just under $25- million.

Second Stage will revamp the landmarked 44th St. building next year and plans to exclusively produce works by living American playwrights. The company will also now be eligible to complete for Tony Award nominations. That distinction was reserved for shows produced in one of the 40 Broadway theatres in Midtown Manhattan