$140 MILLION GETS YOU A PICASSO 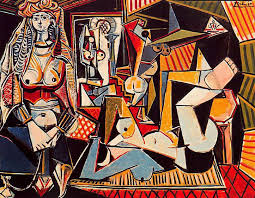 Christie’s Auction House in New York is going to offer a 1955 masterpiece by Pablo Picasso for an estimated $140 million. The painting titled “Women of Algiers’ (Version 0) will hit the auction block on May 11.  It’s a vibrantly colorful work featuring a scantily attired female amid smaller nudes.  It was painted as part of a 15-work series Picasso created between 1954 and 1955.   Christie’s isn’t revelling the name of the seller, only saying the collector acquired the painting at Christie’s in 1997 for $31.9 million.