Acclaimed children’s author Eric Carle would like to offer kids a very silly tribute to Surrealism. 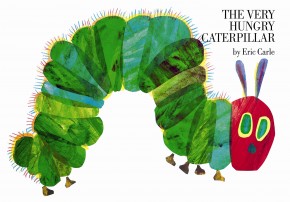 The 85 year old author of the classic The Very Hungry Caterpillar has a new book coming out in October, called The Nonsense Show.

According to Penguin Young Readers, Carle will combine verbal and visual jokes and provide “something downright preposterous” throughout. Surrealism was an avant-garde movement that arose after World War I and included Salvador Dali and Man Ray, among others.

The publisher is calling The Nonsense Show the third of a trilogy of Carle homages to art, along with The Artist Who Painted a Blue Horse and Friends.

Other favourites by Carle include The Very Busy Spider  and Brown Bear, Brown Bear, What Do You See?