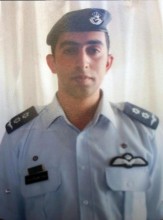 One of those hanged was the female Iraqi suicide bomber the terrorists wanted released in order to spare the pilot’s life.  The other terrorst executed was an Iraqi national, also affiliated with al Qaida.  Jordan’s King Abdullah was in Washington when the video was released.  He later visited the White House promising, along with U-S President Barack Obama, to not let up the fight against the Islamic State.  Prime Minister Harper said he was “appalled” at what he calls the latest `”heinous act of terror” committed by Islamic State terrorists.