SHEILA COPPS: I WAS 'SEXUALLY ASSAULTED' AND 'RAPED'

Former Hamilton MPP and MP Sheila Copps alleges she was assaulted – and in a separate incident – raped decades ago. 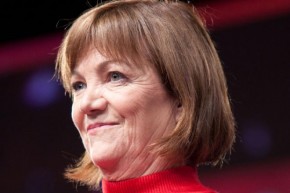 In a column in ”The Hill Times,” the 61-year old former deputy prime minister says she was assaulted within a year of becoming an MPP.

Copps claims it happened while she and a fellow MPP were on a tour – studying violence against women.

She adds she kicked him ”where it hurts,” but that she never reported it, chalking it up to personal misjudgment.

Copps also alleges being raped over 30 years ago by someone she knows and that when she went to police, she was told a conviction was impossible.

She says officers merely warned him to keep his distance.