The lawyer for suspended Senator Mike Duffy says he hopes to set a trial date next Tuesday. 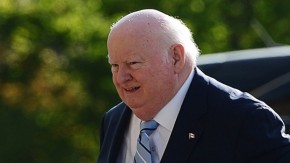 His client was not there.

Bayne is pushing to skip a preliminary hearing and go straight to trial.

In July, the RCMP charged him with more than 30 counts of fraud, breach of trust and bribery, related to expense claims and the $90,000 from the prime minister’s former chief of staff to repay some of Duffy’s questioned expenses.

Bayne insists this is not a personal or political vendetta and has not ruled out calling anyone to the stand, including Stephen Harper.