Billy Joel is being honoured by the U.S. Library of Congress with its Gershwin Prize for Popular Song. 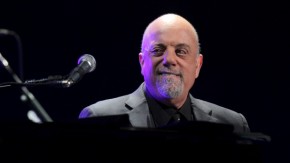 The singer songwriter, whose hits include Piano Man and Uptown Girl,  will receive the prize in Washington in November.

Billy Joel is among the world’s most popular recording artists. He has said his piano-driven compositions spring from personal experiences, and that he strives to write songs that capture and transcend those moments.

With a career spanning 50 years in the entertainment industry, Joel is the sixth top-selling artist of all time.