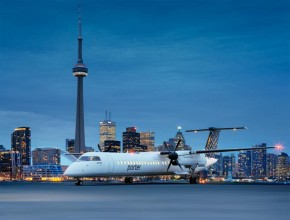 The controversial proposal by Porter Airlines to expand the runway and bring jets to Toronto’s Billy Bishop airport will be up for discussion when members of the city’s executive committee meet today.  Toronto residents will also be able to voice their opinions on the plan.  Deputy Mayor Norm Kelly called for the meeting and is in favour of expansion as long as city staff conditions are imposed.  “Take a look at all those conditions, and if those conditions can be met, if those challenges can be overcome, then the airport is allowed to modernize.  If any of those conditions cannot be met, then the airport doesn’t go forward with the modernization plan.  I think it’s as simple as that,” Kelly stated.

City staff recommends putting off a decision on expansion until 2015, saying it’s too early to approve the plan because the Toronto Port Authority must still carry out an environmental assessment.  Kelly promised last week to try and win conditional approval at city hall before the October election.  Mayor Rob Ford is in favour of the expansion, calling it a no brainer.  Councillor Karen Stintz, who’s also running for mayor, recently came out in support of the plan after opposing it at first. Candidate David Soknacki is also a conditional supporter.  Olivia Chow is against it, while candidate John Tory says he’s “very skeptical” of the proposal.