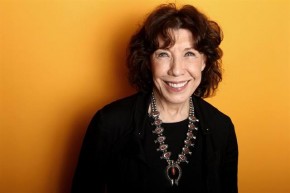 After more than four decades together, Lily Tomlin’s longtime partner and collaborator is now her wife.  Tomlin’s publicist Jennifer Allen told People Magazine and other media outlets Tuesday that the 74 year old actress and comedian married 78 year old Jane Wagner in a private New Year’s Eve ceremony in Los Angeles.  Tomlin gained fame through the 1960s sketch show Laugh-In, went on to star in movies such as 9 to 5 and All of Me and more recently was a regular on the TV shows Murphy Brown and The West Wing.  Wagner was writer of Tomlin’s Tony-winning one-woman show The Search for Signs of Intelligent Life in the Universe, and wrote the screenplay for her movie The Incredible Shrinking Woman.