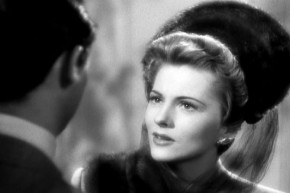 Fontaine was best known for her roles in a number of Alfred Hitchcock thrillers, including Rebecca in 1940.  Fontaine won an Academy Award as a naive wife in Alfred Hitchcock’s thriller Suspicion.

A longtime friend says she died in her sleep in her Carmel, California, home yesterday morning.  Joan Fontaine was the sister of fellow actress Olivia de Havilland.