Four of the party leaders had the first chance to ask each other questions face-to-face with a debate in Montreal on Thursday night. 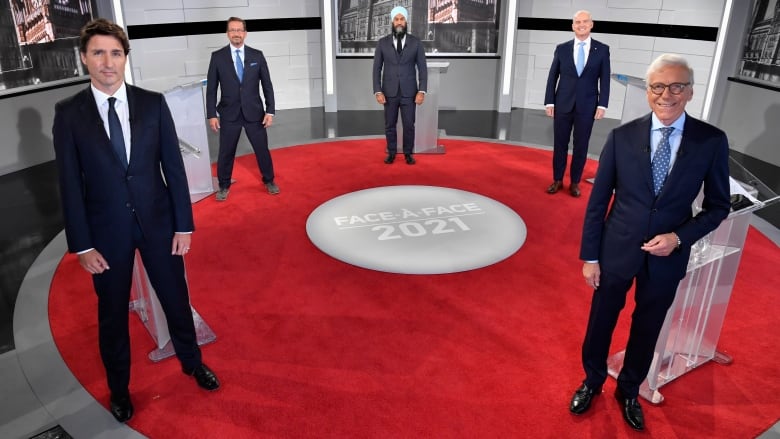 Trudeau continues to face questions as to the necessity of the election while O’Toole was grilled about healthcare and gun control.

Singh and Blanchet also had an exchange on the concept of systemic racism, particularly on whether it exists in Quebec.

Green Party Annamie Paul wasn’t invited to this first debate but she’ll be involved in the official French and English debates. They’ll be held September 8 and 9 in Gatineau, Quebec, at the National History Museum.