U-S President Donald Trump is being airlifted Friday evening to Walter Reed Medical Centre for what the White House says is out of an abundance of caution after he and wife Melania, 50,  tested positive for COVID-19. 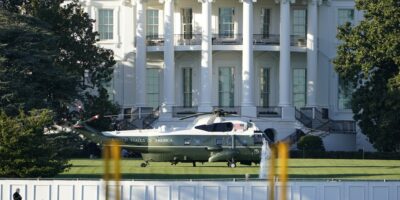 In a statement, the White House also says the 74-year-old Trump will remain in hospital for several days and that he remains in good spirits, has mild symptoms and has been working throughout the day.

It’s also being reported that Trump has had a fever since this morning, and his personal doctor says he’s fatigued.