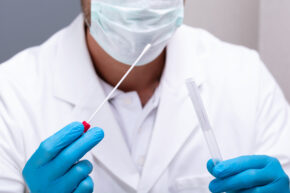 “We’ve reached out to Shopper’s Drug Mart and CEO of Loblaw, that owns Shopper’s as well, and they’re being very cooperative,” Ford told reporters.

“I might as well just come out and say it Galen Weston, you’ve been very cooperative, and offered to help anyway he can.”

When asked about Erin O’Toole’s leadership win, Ford says he wishes the new Conservative leader all the best, but that he’s too busy to get involved in the federal leadership campaign.