Saskatchewan singer-songwriter Andy Shauf has landed a spot on Obama`s popular  song list along with some music heavy weights like Billie Holiday and Sheryl Crow.

The song Neon Skyline is about the Skyline Restaurant, a real-life diner in Toronto’s Parkdale neighbourhood. 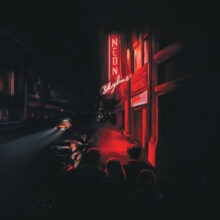 Shauf was nominated for multiple Juno Awards and The Neon Skyline landed on the long list of Polaris Prize contenders for this year’s best album.