There will be no Grey Cup handed out this year. The C-F-L has cancelled its 2020 season. 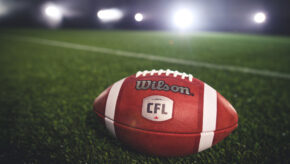 The league couldn’t solve a number of issues in an effort to try to salvage a season, including financing. The federal government turned down a request for a $30-million-dollar, interest-free loan to stage an shortened 2020 season. League officials announced in late July they had chosen Winnipeg as a hub city.

“Let’s pray that they come back next year, stronger than ever,” said Ford. “The league is so important in so many parts of this country.”