DON'T BELIEVE ALL THE HORNET HYPE

Insect experts are telling us to calm down about the so called murder hornets. They say the Asian giant hornets don’t kill humans, but the world’s largest hornets — two inches long — can decapitate entire hives of honeybees. 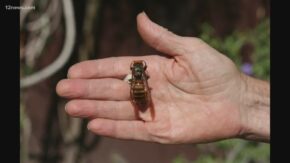 The experts are dispelling fear by offering the facts: two dead hornets were found in Washington state last December, a lone Canadian live nest was found and wiped out last September and no live hornets have yet been seen this year.

“They are not murder hornets. They are just hornets,” said American entomologist Chris Looney, who is working on the state’s search for these large hornets.

Numerous bug experts say the hornet hype reminds them of the 1970’s scare when African honeybees, nicknamed killer bees started moving north from South America. While these more aggressive bees did make it up to, they didn’t live up to the horror-movie moniker. However, they also do kill people in rare situations.