The province’s Financial Accountability Office reports that 52,700 surgeries have been postponed due to COVID-19. Health Minister Christine Elliott acknowledged there have been non COVID-19 deaths as a result but tough decisions were made based on a pandemic plan. 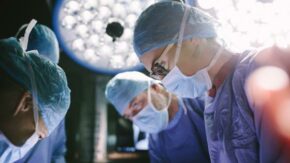 “Any death that’s happened as a result of COVID-19 directly or indirectly is a tragedy,” said Elliott during the province’s daily pandemic briefing. She went on to reveal the number of suspected cardiac deaths based on a report out Tuesday. “A report has been released by U.H.N. with respect to cardiac deaths and it has been estimated that approximately 35 people may have passed away because their surgeries were not performed, that’s not something any of us wants to hear,” added Elliott. The F.A.O report also finds that for every week the outbreak continues, over 12,200 more procedures are delayed.