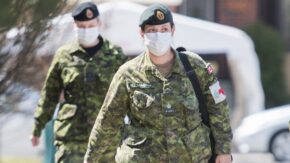 Ford says personnel will be deployed to five priority homes to help staff deal with taking care of patients. He’s formally requesting extra resources from the federal government including armed forced personnel and the Public Health Agency. “Every set of boots will make a difference in this fight because when I see how many families are grieving, when I see the stories of the virus ruthlessly attacking our seniors, I know we have to keep going,” said Ford during his daily briefing. 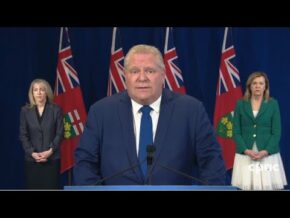 After weeks of resisting calls for widespread testing, Long Term Care Minister Dr. Merrilee Fullerton says the province is expanding COVID-19 testing to every resident and worker in long-term care homes. ” We have increased testing on both symptomatic and asymptomatic staff and residents and over 11,500 tests have been completed,” said Fullerton.

Outbreaks of the virus have been reported at 127 long-term care homes across Ontario. Nearly 450 residents have died in the facilities.