The Premier says the province will issue an emergency order Tuesday night directing long term care home workers to only work in once facility at a time. Doug Ford also announced a new enhanced action plan for long term care starting providing more more support and resources. The province will redeploy teams from hospitals that have not seen the expected surge in coronavirus cases. 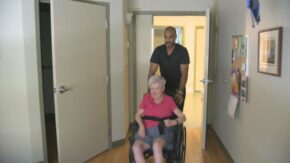 During a special session in the legislature today, MPP’s voted to extend the state of emergency until May 12th. The Premier confirmed that students will not be returning to school May 4th and Education Minister Stephen Lecce will have more to say on that in the coming days. Ford says it doesn’t mean the school year has been cancelled. Ontario is reporting its highest single-day number of new COVID-19 deaths on April 14. Health officials say the 43 new deaths bring the provincial total to 334.