The whistleblower in the Bill Clinton sex scandal has died after being diagnosed with pancreatic cancer less than a week ago. 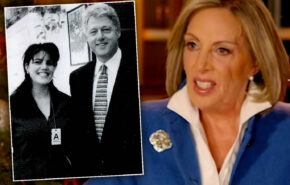 Her husband and daughter were the only relatives allowed in her room in ICU room in a New Jersey hospital due to COVID-19 protocol. She had previously been treated for breast cancer. Tripp’s secret conversations with Monica Lewinski led to the impeachment of Bill Clinton in 1998. The former White House aide, worked with former intern Lewinski  at the public affairs office of the Pentagon. Lewinsky confided in her about her affair with Clinton, and Tripp  secretly recorded  their conversations. Clinton, who denied having a relationship with Lewinsky, was impeached in 1998, for obstruction of justice and lying under oath.