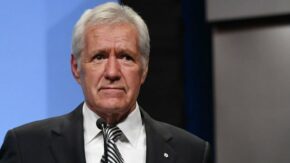 Trebek revealed moments of great pain and depression but assured fans that he quickly pushed those aside for the sake of his wife and the many cancer patients who look to him for inspiration. The popular game show host says he plans to celebrate the 2nd anniversary this time next year, with survival pegged around 7 percent.