Diabetes drugs are being recalled in Canada due to cancer concerns. Health Canada is expanding a recall for certain types of diabetes medications due to concerns an impurity in the prescription drugs might be linked to cancer. The recalled medications contain alarmingly high levels of an organic compound, known as N-D-M-A, that’s safe when ingested in small doses over a lifetime. However, studies have shown it’s potentially carcinogenic above a certain threshold. Pharmacist Dean Miller told Zoomer Radio that these recalls could just be the beginning of a broader problem hinting this could be the biggest recall in pharmacy in many years. Health Canada is telling manufacturers to check their products. Patients shouldn’t stop taking the medication cold turkey but are being told to check with their doctor or pharmacist. 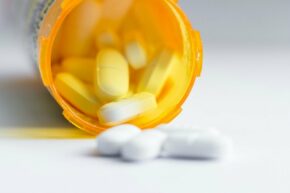 Diabetes is often linked to obesity, and new data this week suggests 42 per cent of American adults are severely overweight, up two per cent from the previous survey.The U-S Centers for Disease Control and Prevention finds nearly one in 10 is severely obese. Researchers say the findings suggest that more Americans will get diabetes, heart disease and cancer.