PIERRE POILIEVRE WILL NOT RUN FOR CONSERVATIVE LEADERSHIP

Saying his heart wasn’t fully “in it” as he balances family life with politics, Conservative MP Pierre Poilievre announced he’s not seeking the leadership of his party. 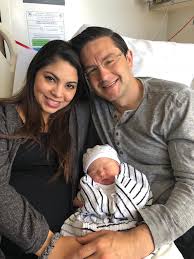 The Ottawa MP with the surprise announcement Thursday, after building a team over the last several weeks for a possible run. He’s the third high-profile Conservative to bail out following the same decision by former Interim Conservative Leader Rona Ambrose and former Quebec premier Jean Charest. Former cabinet minister Peter MacKay who has officially entered the race is seen by many as the front runner.

“For the past few weeks, I have been a team and gain support for a possible race to the conservative party. While travelling across the country, I am delighted by the positive answer. I knew this would be difficult for my family life. But I didn’t imagine how much. This is even harder because I had just spent the previous 18 months campaign to return to my seat in the recent federal election, in which I missed most of our baby’s first year.That’s why I’m not fully engaged in this leadership race, and there’s no point in not being fully engaged. So I decided not to run for party leadership this time. I will continue to serve the people of Carleton in Parliament. At the moment, I’m not supporting any other candidate. But I’m going to look for a solid financial curator who will release free business so that people can achieve their dreams through hard work. Finally, I want to thank the people who supported me and believed in me. I’ll never forget it. ”