Harvey Weinstein and his bankrupt film studio have reached a $25 million dollar settlement with dozens of his alleged sexual misconduct victims. 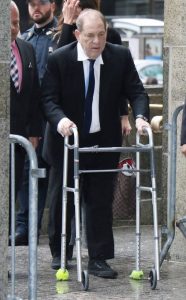 The deal doesn’t require the Hollywood producer to admit wrongdoing or pay anything to his accusers himself. More than 30 actresses and former Weinstein employees who have have accused the 67-year-old sexual harassment and rape would share in the payout…along with any future claimants in the coming months. It would instead be paid by insurance companies that represent The Weinstein Company, which filed for bankruptcy in 2018. The settlement still needs court approval, but has reportedly gotten preliminary approval.