British Columbia Conservative M-P Ed Fast  said thanks but no thanks to a spot in Andrew Scheer’s shadow cabinet. 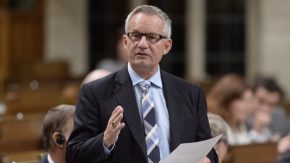 A senior cabinet minister in the former Harper government, Fast won’t discuss his own level of support for the Conservative Leader but says the party needs to be surrounded by people who fully support him. Fast added that whatever support is required of him to hold the Trudeau government to account, he’ll certainly be there. It’s another blow to Andrew Scheer, who is facing increasing pressure to step aside. Two groups within the Conservative Party are calling for Scheer to step down after failing to defeat the Liberals in the October election.