Quebec filmmaker Xavier Dolan has been named an officer in France’s Order of Arts and Letters. 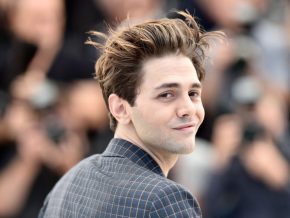 The appointment recognizes the 30-year-old Montreal actor and director’s contributions to French-language cinema and culture. Dolan has been a fan and critics favourite at the Cannes Film Festival since he was just 20, winning acclaim with features like It’s Only the End of the World among others. The French ambassador to Canada gave Dolan the prestigious honour at a ceremony in Ottawa. Established in 1957, the Order of Arts and Letters recognizes creators who have helped further the arts in France and throughout the world. Other Canadians who’ve received the honour include Celine Dion, Jean-Marc Vallee, Denis Villeneuve, Robert Lepage and Anne Dorval.