Justice Ruth Bader Ginsburg is back on the Supreme Court bench after being sidelines with a stomach bug. 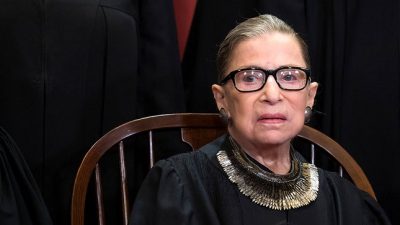 The 86-year-old Ginsburg took her seat for a brief court session Monday. The Justice has been dealing with a series of health issues lately. She was treated for cancer twice in the past year, including receiving radiation for a tumour on her pancreas over the summer. She missed court sessions in January during her recovery from lung cancer surgery. Those were her first absences from court arguments in a quarter-century as a justice. This term, Ginsburg has been an active participant from the bench, often asking the first questions. The  justices have been hearing some blockbuster cases, including immigration, abortion and the Second Amendment.