The city of Toronto is ramping up its fight over the province’s decision to slash the size of council. Friday, the city filed an application to the Supreme Court of Canada. This latest move follows a narrow 3-2 decision by the Ontario Court of Appeal which sided with the province in September.The city voted last January to pursue a Supreme Court ruling in the event it lost at the appeal court level. The Ford government’s Better Local Government Act reduced wards from 47 down to 25 in the middle of the 2018 election. 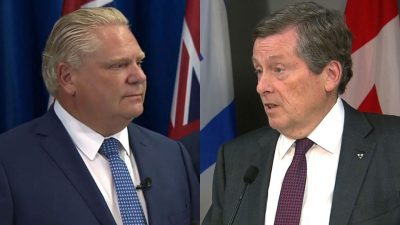