A Toronto councillor is pushing for the city to consider imposing a vacancy tax on empty residential properties. 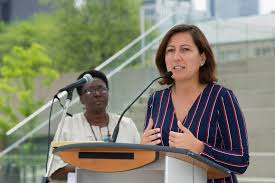 Ana Bailao says Toronto needs to ‘get moving’ on the issue following a study by a software designer that suggests the vacancy rate is 5.6 percent, much higher than estimates. The ward 9 councillor says the tax is meant to encourage property owners to rent out their space, rather than sit empty as an investments. Bailao says since Vancouver introduced its empty homes tax, the city raise 438 million in the first year. She says there’s hasn’t been a response yet from city staff.