A Quebec pharmacist and blogger has won a prestigious international prize for defending science. Olivier Bernard was recognized for his work in debunking myths around the use of vitamin C to treat cancer. 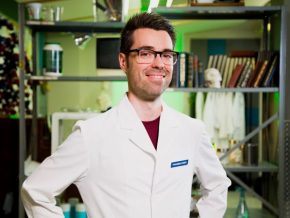 In 2018, Bernard saw a petition circulating in Quebec that asked the government to approve large injections of the vitamin on the theory that it helped cancer patients.He investigated the science behind the claim and found that it was highly doubtful. Bernard and his wife received social media backlash, including threats, when he published his findings on his blog and broadcast them on his TV show. Bernard won the John Maddox Prize on Tuesday. In 2012, he started a blog called “The Pharmafist: Bringing life to science and death to pseudo-science.”