Conservative Leader Andrew Scheer is calling on the Prime Minister to open Parliament on November 25. That’s five days after Justin Trudeau swears in his new cabinet. The two leaders meet on Tuesday, when  Scheer is expected to ask Justin Trudeau to recall parliament soon to deal with the urgent issue of a divided Canada.   A Scheer spokesperson says Parliament needs to reconvene to also deal with an economic downturn in the energy sector. 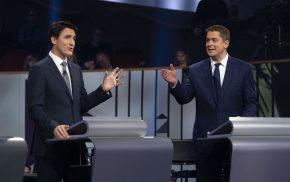 Also at the meeting, Scheer is expected to  outline items the Conservative want in the throne speech.