MATCHBOX CAR AMONG LATEST TO MAKE TOY HALL OF FAME

Zoomers of a certain age grew up with Matchbox cars. Now, the popular toy first introduced in 1953, is being inducted into the U-S Toy Hall of Fame. Hall Curator Nic Rickets says the the car was invented by a toymaker in England for his daughter, who wanted to bring a small toy to school for show and tell. It launched the idea for the tiny cars. Other Zoomer toys going into the Hall of Fame include the colouring book and the top. To make it into the hall, a toy has to be innovative, widely recognized, and foster creativity or discovery through play. The finalists this year also included Care Bears, Jenga, My Little Pony, the top, and – controversially – the smartphone. 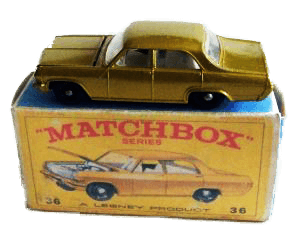