SANTA CLAUS IS COMING TO TOWN...SOON ! 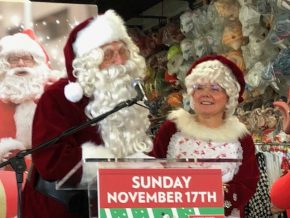 The countdown is on for the 115th Toronto Santa Claus Parade. Santa’s elves has been busy at the secret workshop putting the final touches on the 34 floats. In addition, expect 20 marching bands and over 1,000 individual marchers. Long considered the official kick off to the holiday season, Toronto’s Santa Claus parade is the largest children’s parade in North America. 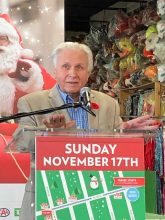 For Creative Director Alf Iannarelli, this year is extra special as he celebrates 50 years with the popular event that draws a multigenerational crowd. This year, there’s a slight change to the 6 kilometre parade route due to road construction. Executive director Clay Charters says it will start at Parliament and Bloor, travel west along Bloor to Avenue Road, turning south then proceed along the usual route. When asked what Zoomers want for Christmas, Santa quipped “the flu shot” but quickly added “peace on earth.” The parade goes Sunday November 17th beginning at 12:30 p.m. For more information, visit

Listen to a report from Christine Ross here. 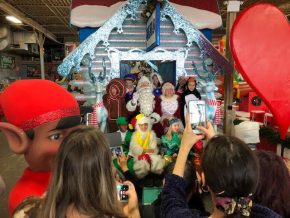