Teachers  Ontario’s public elementary schools are one step closer to a strike. The Elementary Teachers’ Federation and the province met with a conciliator Monday amid some tense contract talks. The union is now requesting a ‘no-board report’, which can take a few days. Seventeen days after that, teachers would be in a legal strike position.  Union president Sam Hammond says both sides will meet again next week  and he hopes the government will get serious. ETFO members voted 98 per cent in favour of strike action last week. 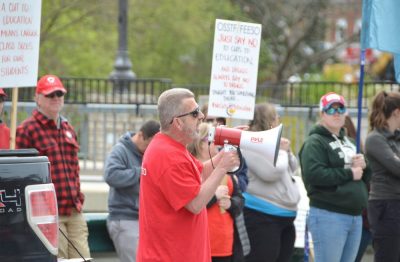 Meantime, Ontario’s education workers voted 79 per cent  in favour of a new deal. The 55,000 workers narrowly avoided a strike in early October when the CUPE bargaining team reached a deal with the province.