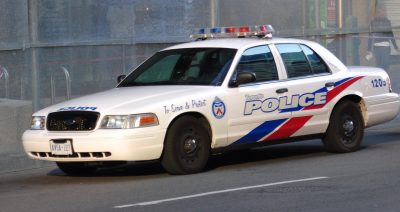 A fight at a long-term care facility has turned deadly after one of the residents involved was pronounced dead in hospital.

Toronto police were called to the Bendale Acres long-term care home in the Lawrence Avenue East and McCowan Road area of Scarborough Tuesday morning after staff reported an assault.

One of the residents was taken to hospital to be treated for their injuries but died Tuesday afternoon.

So far Toronto Police have not said anything about the victim or any arrests, but have confirmed that the homicide squad has been called in to investigate.

Police have not released the victim’s identity.