Joaquin Phoenix will be honoured at the Toronto International Film Festival. The star will receive the Tribute Actor Award as part of a fundraiser that celebrates the careers of several performers and creators in the film industry.
award.Phoenix is a three-time Oscar nominee for The Master, Walk the Line and Gladiator. This year, Phoenix play the Batman villain in Joker, which makes its North American premiere at TIFF. 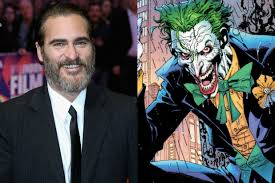