Broadway director and producer Harold Prince has died at 91. Prince pushed the boundaries of musical theatre by choosing offbeat subjects to pair with music with such groundbreaking shows as Cabaret, Sweeney Todd and The Phantom of the Opera. He won a staggering 21 Tony Awards and was known for his fluid, cinematic director’s style and uncompromising choice of stage material. Harold Prince died Wednesday in Iceland after a brief illness. 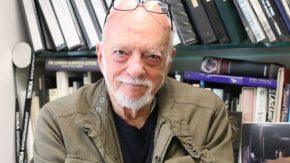 Toronto’s Mirvish Theatres will dim the marquee lights tonight at 7:45 to honour the Broadway legend.