Yet another appointee of Doug Ford’s government is heading for the exit. A spokeswoman for Premier Ford confirmed that Ian Neita, who was appointed to the board of Workplace Safety Insurance Board in December, submitted his resignation Friday. This came after the Opposition uncovered his ties to the Ontario premier’s former chief of staff, Dean French. 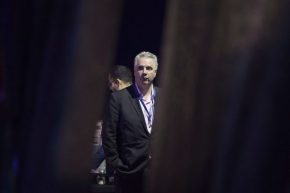 The New Democrats say that in 2013 Neita helped coach a Toronto girls basketball team with the premier’s former chief of staff. French abruptly left his job as Ford’s top adviser three weeks ago when it first emerged that people given lucrative foreign postings were connected to him. Ford office’s says the province’s Treasury Board is now conducting a review of pending appointments and has promised to remove anyone appointed improperly.