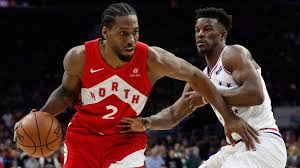 A person familiar with the negotiations said the L.A. Clippers will land Leonard as a free agent after they acquire Paul George from Oklahoma City.

This would mean that for the first time a reigning NBA Finals Most Valuable Player will be changing teams before the next season.

Raptors fans were hit with another loss on Saturday morning when Danny Green announced that he was also leaving the team for Los Angeles; however he has signed a two year deal with the Lakers.