Ontario’s opposition parties are calling for a review of all government appointments to be handled outside of Premier Doug Ford’s office. It comes after three friends and family members of Ford’s former chief of staff Dean French were appointed to government jobs. French resigned after the nepotism story came to light. Doug Ford rescinded all three appointments and ordered a review of all pending ones. But New Democrat Marit Stiles says the review should be done by a Queens Park committee, not the Premier’s office. The liberals are calling for a moratorium on public appointments. 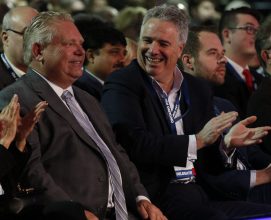