SLOW DOWN AND PUT DOWN THE PHONE

Toronto Police are making their presence felt on Toronto’s streets this summer in a bid to make roads safer. 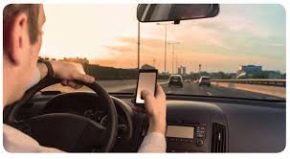 The 2019 Summer Safety Traffic Initiatives are aimed at reducing distracted driving and alleviate congestion in the city’s downtown. The campaign runs through September with an additional 300 additional assignments for officers to work across the city in key corridors. Officers will be be focusing on the big four areas: distracted, impaired, aggressive and speeding drivers. So far this year, 24 people have been killed on Toronto’s roads and many have been seniors and vulnerable road users like cyclists. Last year, 60 pedestrians were killed on Toronto streets and more than 80 per cent of those were cyclists and older pedestrians.