GET SCREECHED IN AT A PERFORMANCE OF COME FROM AWAY 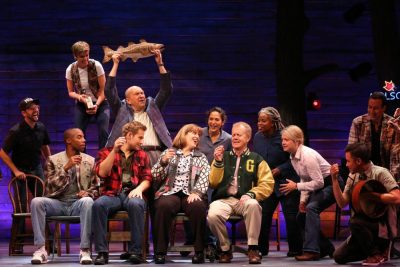 A screech-in is a traditional Newfoundland welcoming ceremony involving downing a type of rum, kissing a codfish and reciting a short speech full of local expressions. Mirvish says it will attempt the milestone with the entire audience following the evening performance on July 6th at Toronto’s Elgin Theatre. It hopes to make a Guinness World Record by having all of the patrons in the thousand-seat theatre perform the initiation. Shot options will be real screech or ginger ale for those who are not of drinking age or don’t wish to have alcohol.