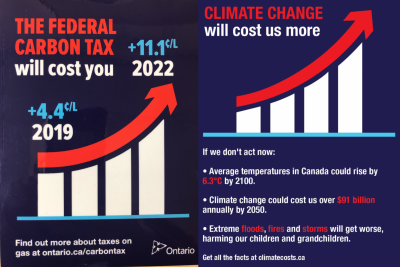 The province has set a proposed date of August 30th for gas stations to start displaying the stickers.

Those who don’t comply will face fines of up to 10-thousand dollars a day and the government says it’s developing enforcement plans that could also include unspecified Provincial Offences Act charges for owners.

The Ford government has said the stickers are about transparency but they don’t mention carbon tax rebates provided by the Trudeau government.

The Ontario Chamber of Commerce has said its members are concerned about the “political nature” of the stickers.