COMEDIAN GETS SERIOUS ABOUT ABOUT 9-11 FUNDING

Comedian Jon Stewart is scolding Congress for failing to ensure that a victims’ fund set up after the 9-11 attacks never runs out of money. An angry Stewart, often fighting back tears, called out lawmakers for failing to attend today’s hearing on a bill that would ensure the fund can pay benefits for the next 70 years. 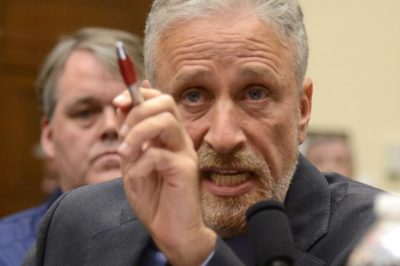 A longtime advocate for 9-11 responders, the former“The Daily Show” host pointed to rows of empty seats at the House Judiciary Committee hearing room. Absent lawmakers said they support the bill and were monitoring the hearing amid other congressional business. He calls the lack of attendance “an embarrassment to the country and a stain on the institution” of Congress.