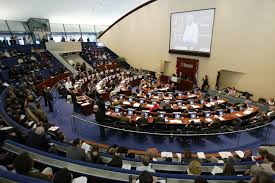 The province’s top court is set to dig into the legalities of Premier Doug Ford’s intervention in Toronto’s municipal election.

The battle, which is slated to begin tomorrow, pits the city against the province over the legislation that cut the number of council seats from 47 to 25 partway through last fall’s municipal campaign.

In new filings, the city urges the Court of Appeal to declare the Better Local Government Act unconstitutional but they want to leave things as they are until the next municipal elections in 2022.

In its filings, the city says there is “no reliable evidence” to support the province’s suggestion that city council is dysfunctional.

But the province maintains in its factum that the legislation was necessary saying a smaller council can operate more efficiently and effectively.