MUSICAL ABOUT ICONIC 60'S SOUL GROUP UP FOR 12 TONY AWARDS

Broadway actor Jeremy Pope admits playing one of the iconic members of The Temptations was more than a little daunting. 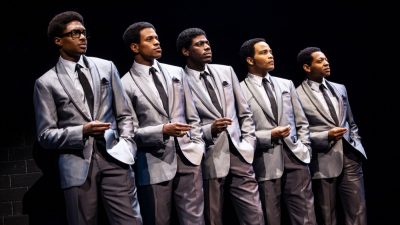 But thankfully, he got some advice and help from an original Temptation. During rehearsals for the musical “Ain’t Too Proud The Life and Times of the Temptations” the last original member, Otis Williams, arrived to give his support to the cast. The musical charts the rise, sacrifices and challenges facing the 1960’s group. It’s received 12 nominations heading into Sunday’s Tony Awards.